Travelling to Japan without much thought or research is probably not a great idea. Fortunately I had Mieko, a Japanese born Canadian to introduce me to this intriguing culture, so different from our laisser-faire life in Canada. With most of the Western World we have many cultural similarities, but Japan was full of pleasant, easy to adapt to differences.

My initiation into Japanese culture was in a very remote area of Japan located on the Sea of Japan - Mirakami, home to Mieko and her family. NO, I repeat NO English spoken here. But hey I am the foreigner, non? I depended heavily on Mieko for translation, but soon I realized the importance of hand signals - except when I tried to indicate to Mieko’s Mom I was just going for an evening stroll and she thought I wanted to take her photo!  I honed my hand signal skills after that. 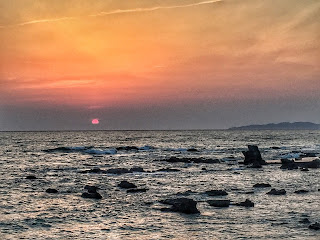 My first impression of the countryside was fields of water (it was rice planting season) and I wondered how people navigated between towns - perhaps in gondola like Venice?  But no, in fact there are tiny road in between the rice paddies for cars and machinery and for part of the year the backyards of most people are these ponds of rice plants.  They do grow barley and wheat as well, but given that their main diet is rice and not pasta or bread, you know which one wins out!                   Dexterity with chopsticks is a must! 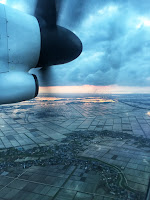 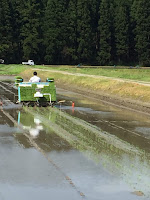 The Japanese are a well-disciplined culture - they always obey the rules and in fact crime is very rare in this country. If you lose your wallet, chances are you will get it back passport and cash in tact.
They have very little influence from the outside and lots of influence from Buddha!  Shrines are found in most homes and many temples in the communities, but with no set “meditation times” - just a personal time on their own to live in harmony with nature. 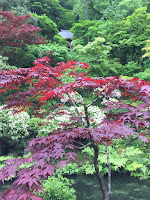 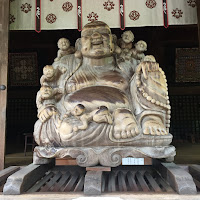 There are two forms of worship in the Japanese culture. The spiritual one was adopted from the aboriginals of Japan and it worships nature. Shrines are found throughout Japan often in beautiful forests where you can hug a tree if you like. Buddhism is the religion with many different sects and Buddist monks reside close to the temples which can be visited for meditation or to pay respects to ancestors.  I had the pleasure of being instructed by a ZEN Buddhist monk on how to meditate - believe me - not easy to have your knees folded under you OR cross-legged in front of you for 45 min. I may have managed 5 before my feet fell asleep.  This started me noticing the seating habits of the Japanese - they are often in this position - they seem to be shopping, eating, meditating on their knees - a very humble society.  I, as a Canadian sought out every chair I could! And yes, there were some.

Bowing is a common practice showing humility and respect for the person you face. However, no, I repeat NO physical contact - no Bisous 2,3 or 4 times like in Europe, no handshake, just bowing and smiling.  I was so taken with Mieko’s parents, I tried a couple of times to give them kisses on the cheek was met with a stiff reception. In the end I was able to give her Mom the “bises” but I  stuck with the respectful bow with her father. It is customary to bow twice at the Shrines, clap twice and then bow again to have the spirits listen to your message. The train conductors bow as they leave the car, sales staff bow as they return your change, then again as they give you what you bought in one or two wrappings, then bow again as you leave the store.

I noticed when shopping that nothing is exposed to the elements - everything is over packaged in bright boxes that are stacked on the stored counters - no chance of contamination!  However, what astounded me is that they lag behind on recycling all this plastic. As I Canadian I was always searching for the recycle bin for plastics, bottles, paper.  They are smart and they will soon catch up. It does make me wonder though where all this “over packaging” ends up.
Japan is mountainous with volcanos - most of them dormant - which results in hot springs throughout the country.  A hot springs or spa experience is nothing like home. First of all men and women are separated (no fun at all) and you have to scrub yourself down at little stations before entering - nude - into the sulphur water. Even business hotels have a little spa (again separate) which is open early in the morning for the guest to enjoy. Did I say they were super clean?

My biggest challenge was to remember to take off my shoes and put on my slippers, then take of the slippers again when walking on the mats in the bed and living rooms. And get this - there are separate slippers worn in the bathroom!!!! So take your living slippers off at the bathroom door and put on the bathroom slippers. You can’t imagine how many times I forgot and went wondering into the kitchen with the bathroom slippers!!! Even in public places they provide bathroom slippers!  And speaking of bathrooms you will not believe the technological toilets!  Low flush, full flush, bidet option and heated toilet seats on every single toilet in Japan!!!! Did I say they were super clean? 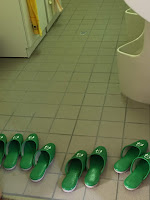 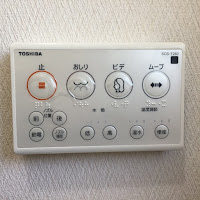 Kimonos used to be the dress of the day and many can still be seen in the streets, particularly in Kyoto.  It takes quite the effort to dress up in one - not like slipping on a housecoat!  The kimono itself has to be tied up at the waist to the proper length, then the obi (the wide waist band is tied several times around the waist to fill in the curves. A curvy figure is not attractive on a woman, but the nape of the neck and the wrists delicately visible when pouring tea are! And yes the geishas still don full regalia to entertain in the guest houses. They are fewer in number than what used to be but we managed to catch the scene of a Head Mistress and her two geishas heading out for an evening’s work.


Japan has 126 million people, but they are all polite and organized so not many collisions occur, unless you happen to be running for a train and end up dodging through the crowds at the station. Yes, this did happen! And we did make the train.  The Bullet trains are a great way explore Japan as they travel up to 300 km an hour and they depart on the second! We bought a rail pass and used it on fast trains, slow trains, ferries and busses.

My biggest worry about travelling to Japan was dealing with crowds. However, despite its population I never felt more crowded than in Paris or Italy. The trick is to choose the time of day to visit the temples or to go shopping or to take the train or tram - all this comes with the experience of being a TRAVELLER and not a tourist.

For me, Japan and the Japanese were an absolute delight! 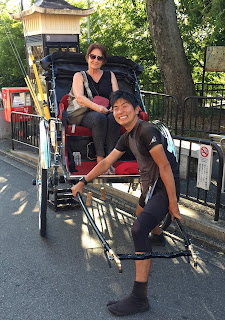