Our dear friends from the Weyburn Paris Travel Club joined us again in Europe on a summertime trip this past June.  Lead by Leah, their uber-organized and super-fun French teacher, the group consisted of 4 "families" with a mix of french students, Mums, Dads, Grandmas and a couple of joiners who were already in Europe.  35 people gelled together to make this an, "experience inoubliable" in Belgium, Normandy and Paris. 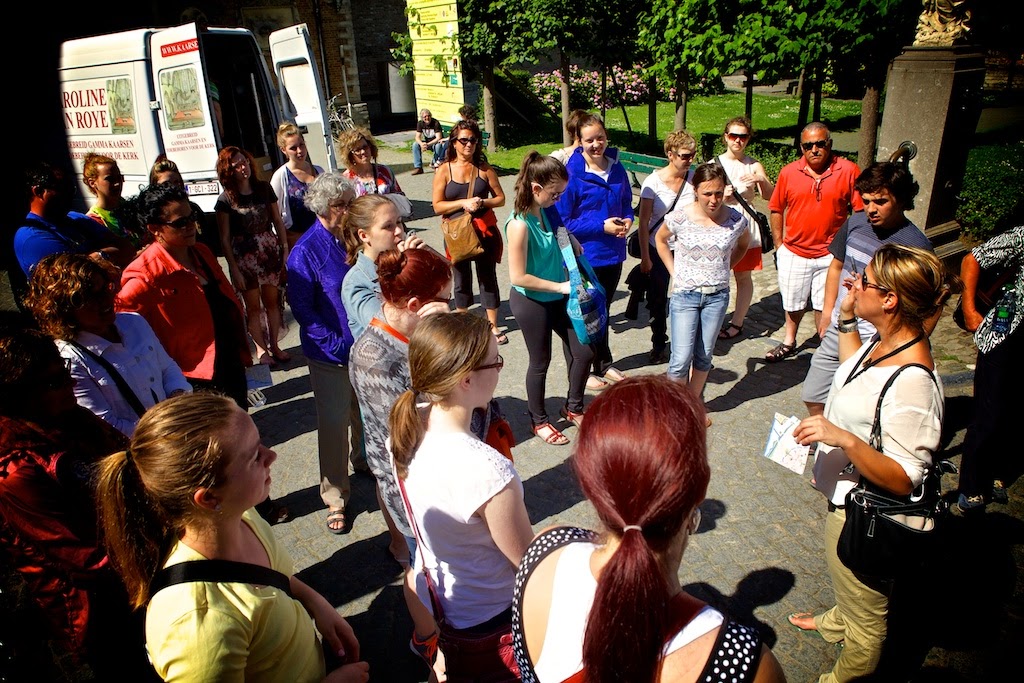 Day one was jam packed with a couple of train rides from the Brussels Airport to Bruges, followed by a boat ride on the canals after checking into the Lybeer Hostel.  The Lybeer is newly renovated and central, and we got to sleep in 'honeycomb' style bunks... quelle style!  We had a nice big bowl of pasta on the hardest to find terrace in all of Bruges, and we hid from the money-grubbing musketeer who lurked around the corner, waiting to coax us out of our precious euros... in exchange for what, we are not quite sure....

We discovered the origin of "French Fries"at the Frites Museum (yes they were invented in Belgium!) paired followed by a visit to Choco Story chocolate museum with a side of Belgian Waffles and local Trappiste beers from Zot Brewery yup, we spent a full day eating and being merry! Of course Belgium's culinary delights were accompanied by a bit of shopping the Vismarkt or fishrmarket, not for fish but for scarves, art and lace.  The whole group climbed the Clock Tower to see if we could tip it over, as it already has a head-start lean to the left of 1.5 metres.  We heard the bells bonging in our ears while we picked out the windmills on the horizon.  The next day was free and while some shopped and ate some more waffles, many rented bicycles to take a ride around town and out along the dykes to the town of Damme.  The tandem bike was a real treat and it worked off the waffles, if only a little bit... 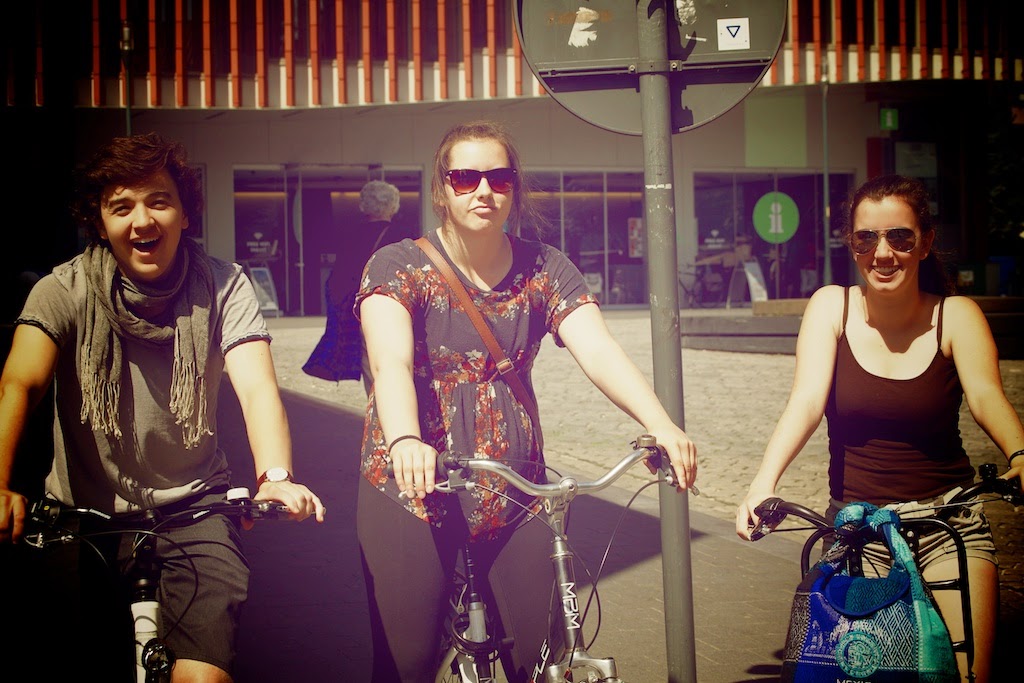 "We were in good Hans" when Hans Lipps our German bus driver picked us up in Bruges to whisk us of to France. We spent the day at Dunkirk dipping our feet in the English Channel and eating enormous potatoes. Our next stop was back in Belgium, however, right in the heart of the WWI battlefields at Ypres. This was the start of our war history portion of the tour and we were ready to learn about how the Great War started and affected the lives of so many from all over the world. We were lucky enough to be treated to an extra special "Last Post" at the Menen Gate after a scrumptious meal at the Hotel O & Regina in the Grootmarkt square.  The next morning we followed in the paths of the WWI soldiers at the memorial of St. Julieen and in the 'In Flanders Fields Museum', looking out from the top of the belltower to the surrounding fields where John McRae wrote the poem of the same title while he worked as a surgeon on the front lines. 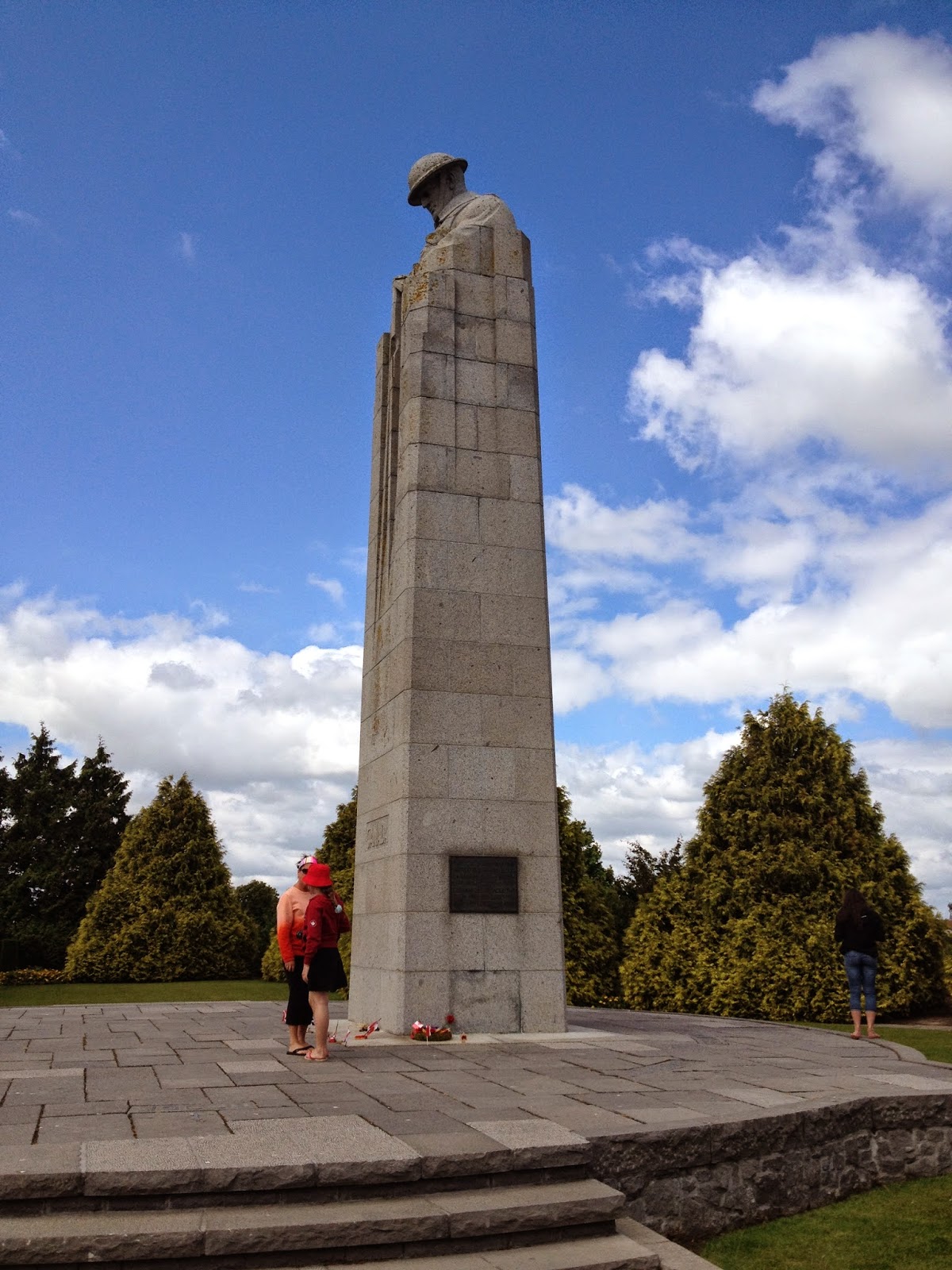 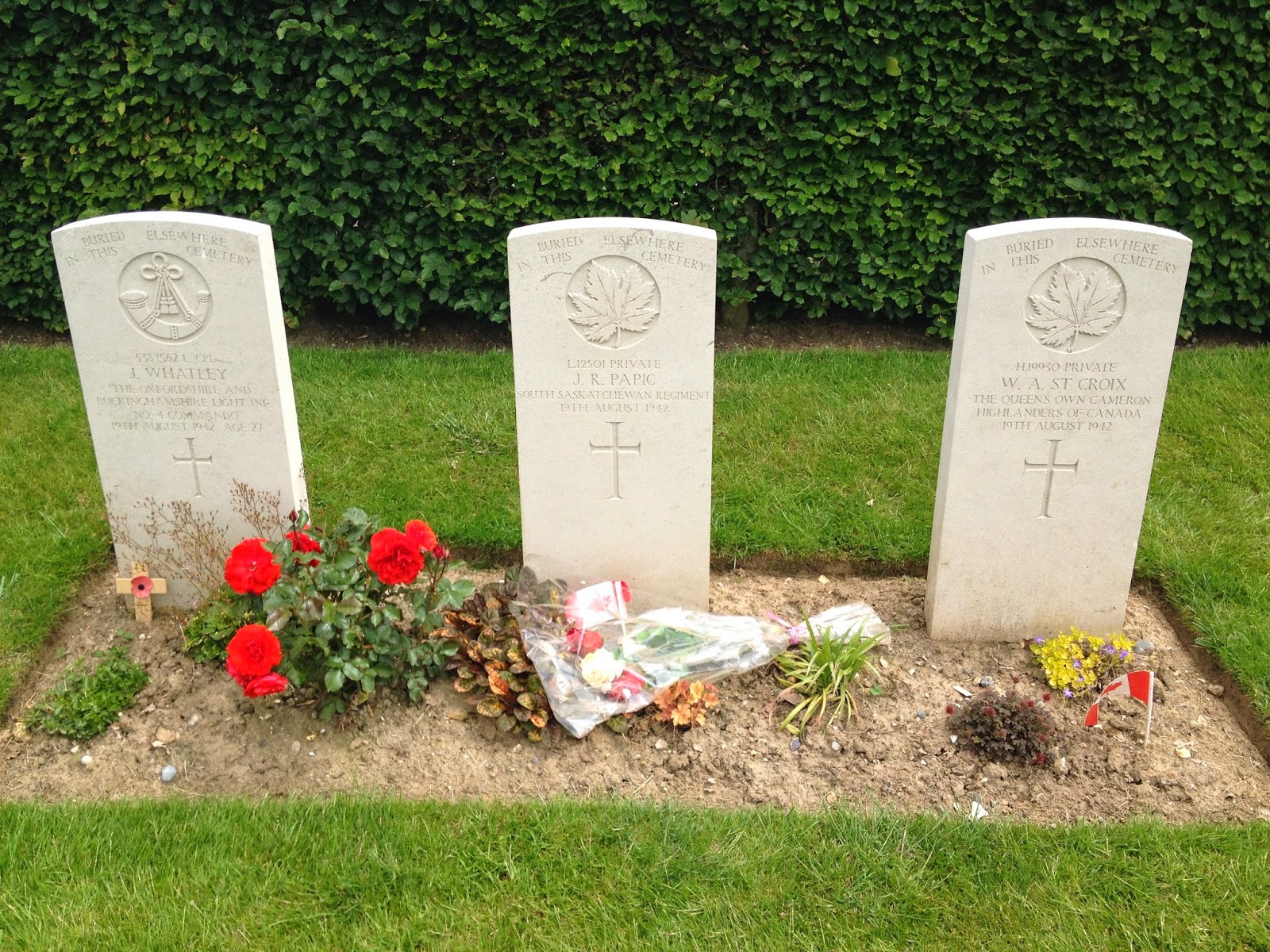 Our next important site was Vimy Ridge, where Canadians soldiers took the ridge on April 9th, 1917 in order to push back the German forces and change the course of the war for the Allied Forces.  We were given a wonderful tour by a Canadian student and we got to walk through the now peaceful trenches surrounded by sheep.   On to Dieppe to stay right on the beach.  This beach was held by occupying German forces during WWII and this is where we started our studies of the next 'great war'.  With a small gift to give to the Directors of the Operation Jubilee Memorial we spent the morning in tears and song alongside these French volunteers who keep the memory alive of the 1942 massacre of Canadian Soldiers.  What an incredibly moving morning.

"This is my third dessert...."  Crepes were had for dinner AND desert in Honfleur at the Creperie Les Marmottes.  We were hosted by Cristian who shared some stinky Reblochon cheese with us (it followed us around for a few days in Mme's purse....) and some Genepi which was a drink of unknown herbal origin that made all of us giggle... even Hans! 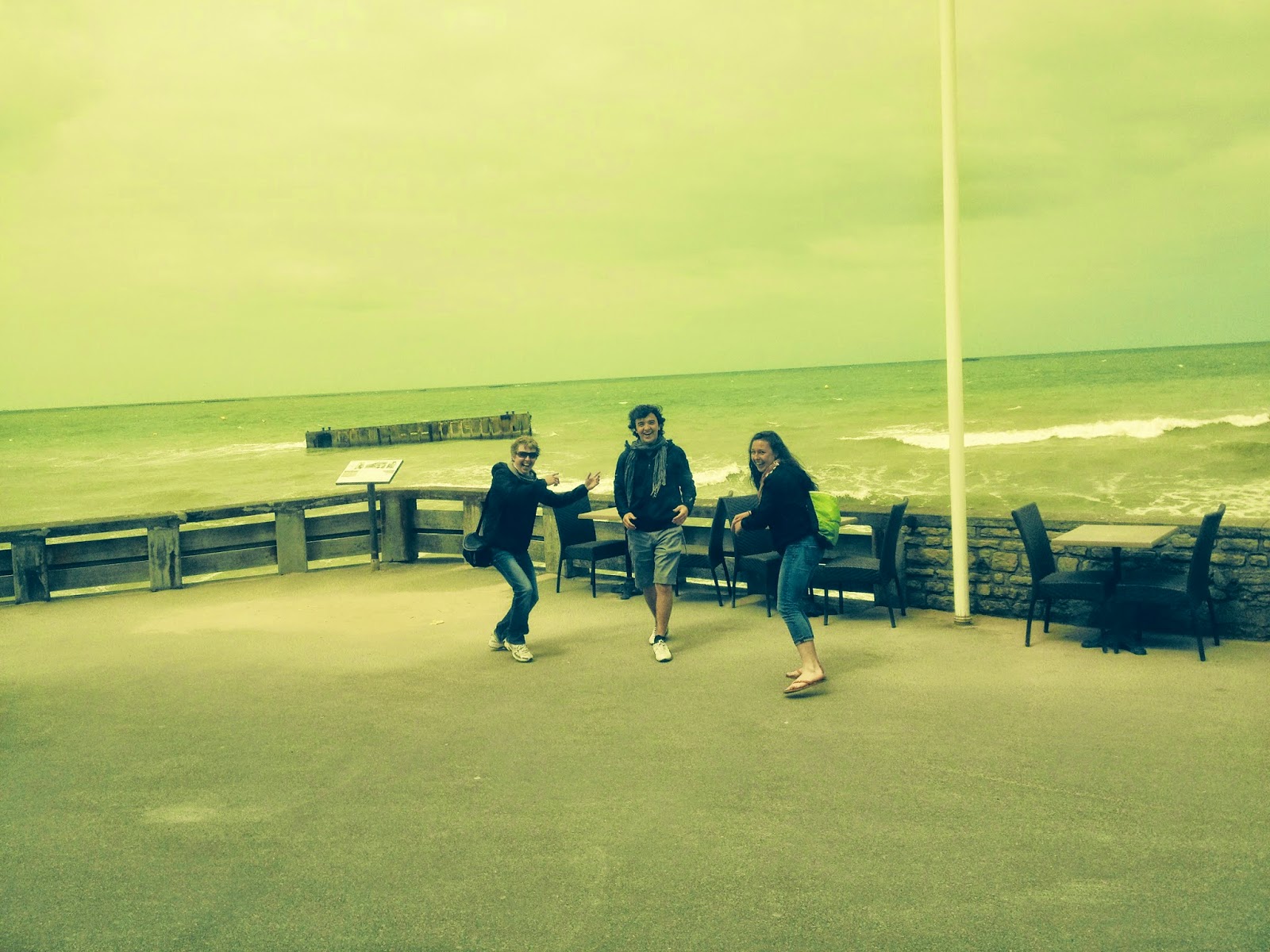 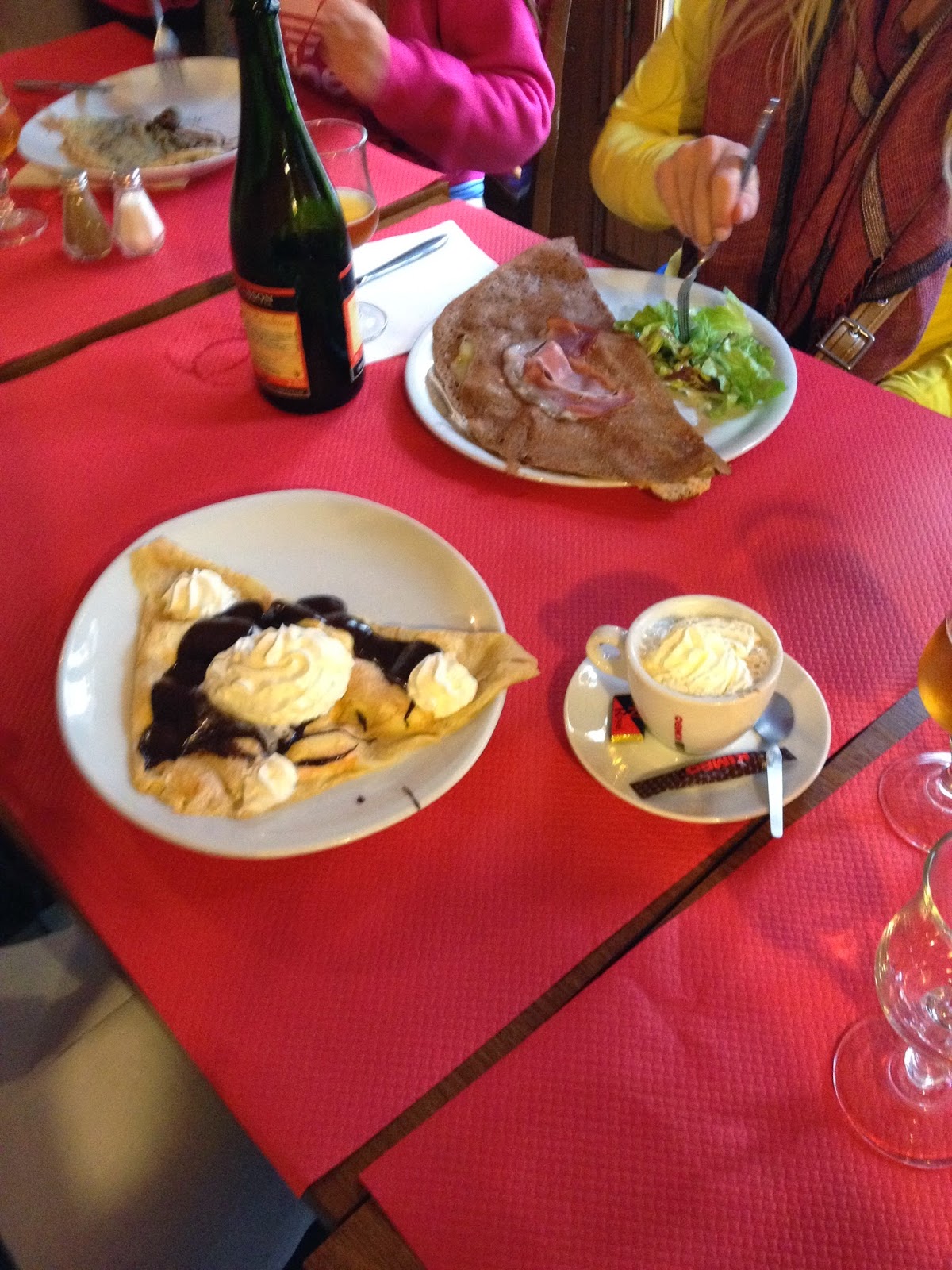 We explored Juno beach just after the 70th anniversary of the D-day landings on the beaches Normandy.  French soldiers were on pilgrimage along the battle path, and we were privileged to chat to them and enjoy the Cinema Circulaire, a 360º film on 9 screens.


After a toast to Samuel de Champlain in Honfleur, we continued on our path towards Paris.  We picnicked in Giverny at Monet's Gardens and soon after we were arriving in our coach on the Grands Boulevards of the 7º arrondissement, our Parisien neighbourhood. 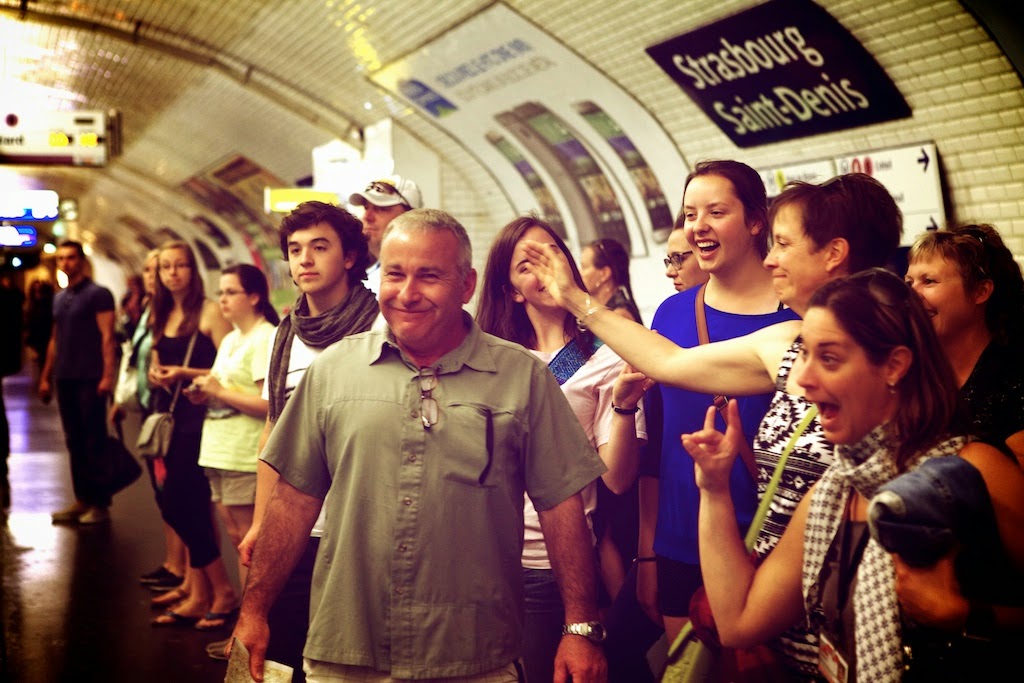 We said goodbye to Hans and started out on our next big-city adventure with a dinner at Chartier, a 120 year old brasserie for some escargots and steak tartare.

Liv, Rieke...and Rory joined us from their European locations and we soon had a group of 38 whom with do discover Paris and try to cross the streets in one fell swoop. On a free day we visited Euro-Disney, the Catacombs or Pere Lachaise cemetery. 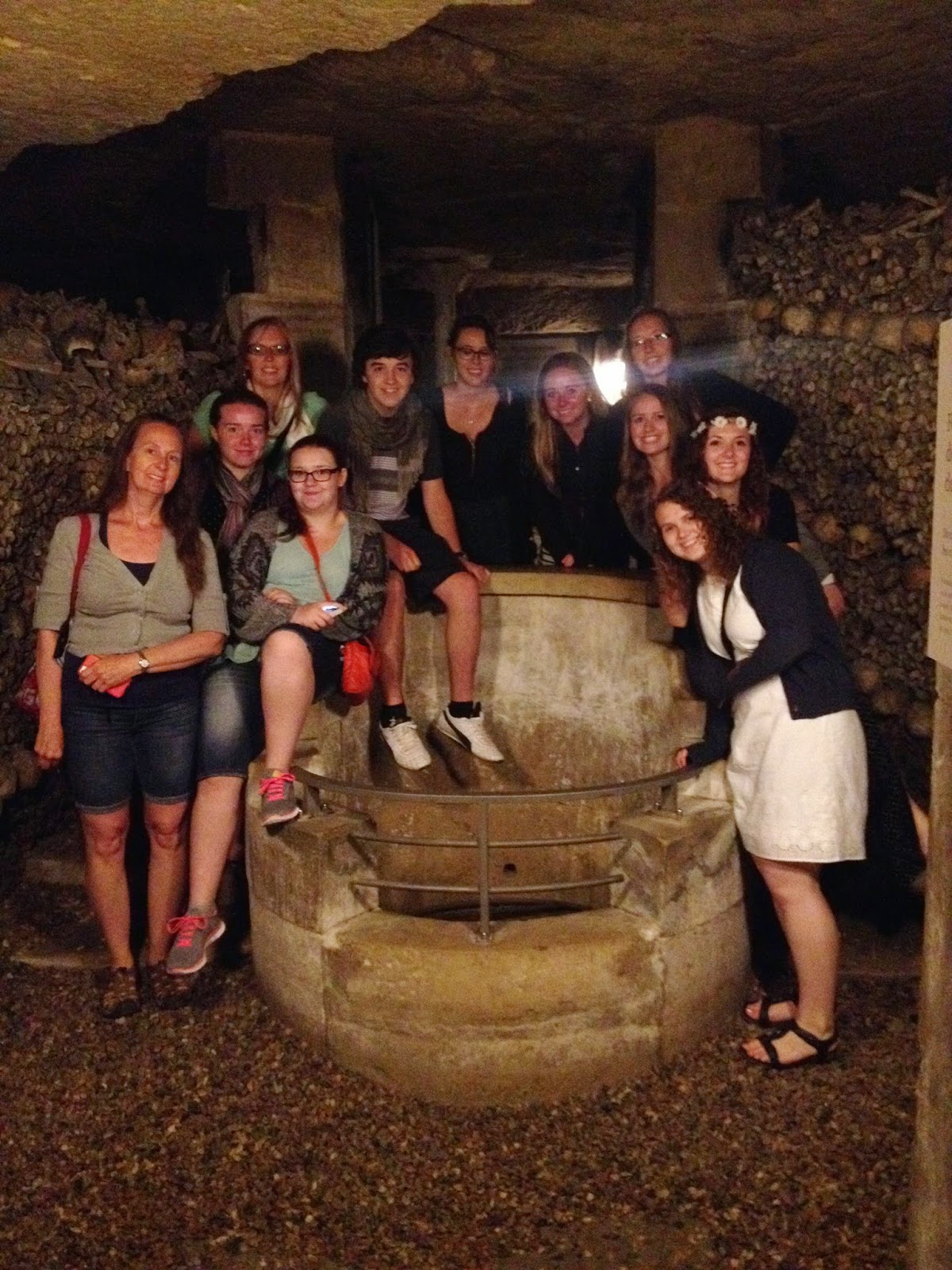 We had a smelly cheese picnic in the Gardens at Versailles after a visit to the decadent palace. (the same stinky Reblochon did a tour of the Louis's bedrooms!)  We climbed the Tour Eiffel with our own two feet, and we cruised the Seine River at night while making new friends and enjoying the vibrancy of France's Capital.   Art in the Musee du Louvre, ballets, cafes, markets and more desserts were enjoyed.  "I remember the Tiramisu..." 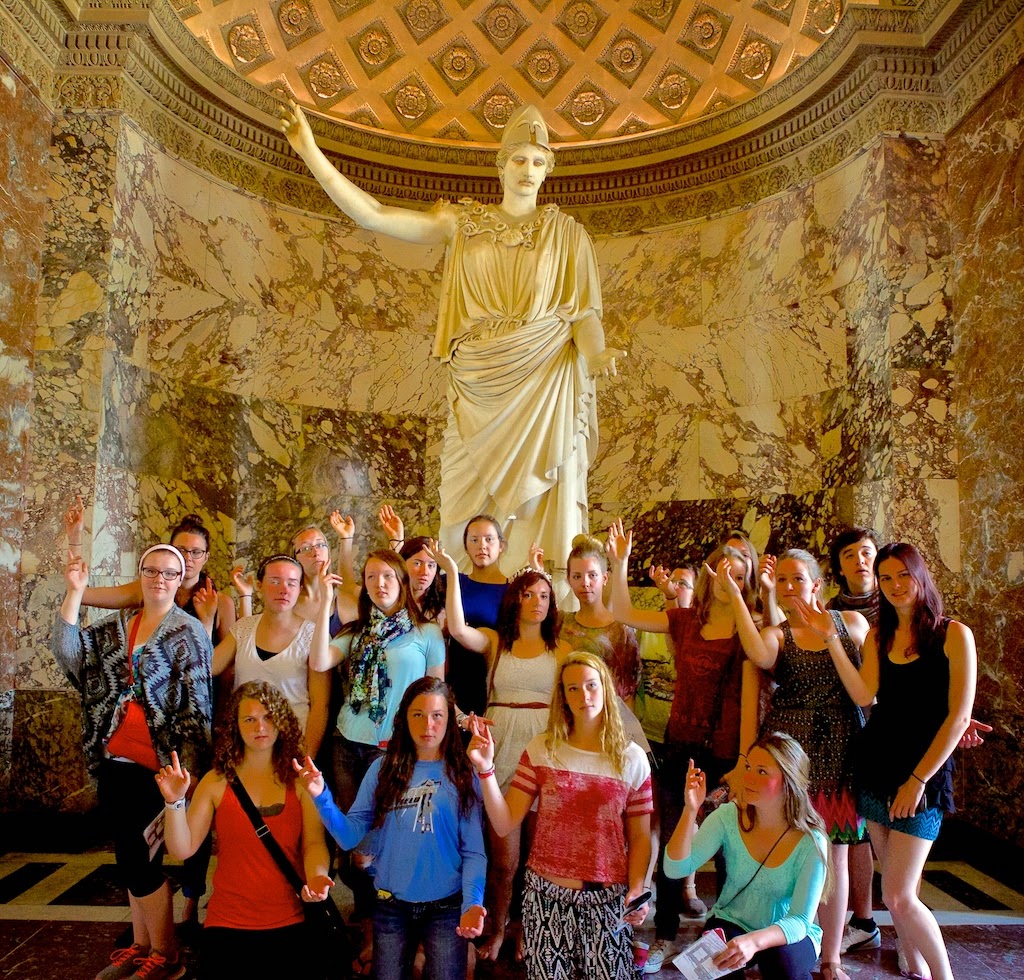 One memorable day we enjoyed the Festival de la Musique and a visit to the Manoir de Paris, where we all had the pants scared off of us, with an extra long visit to this haunted house which tells the legends of Paris. "I was scared for an hour, and that's a long time to be scared." The monsters all have a story and they energetically pursued us around the dark corners of the Manoir.  "We didn't know whether to laugh or run, so we did both".


"Travelling with the Weyburn group is like travelling with friends."  We shared lots of laughs, lots of strange quotes, lots of important history and a heap of melted cheese.  A la prochaine, Weyburn et merci Mme Fornwald, c'etait fantastique!! 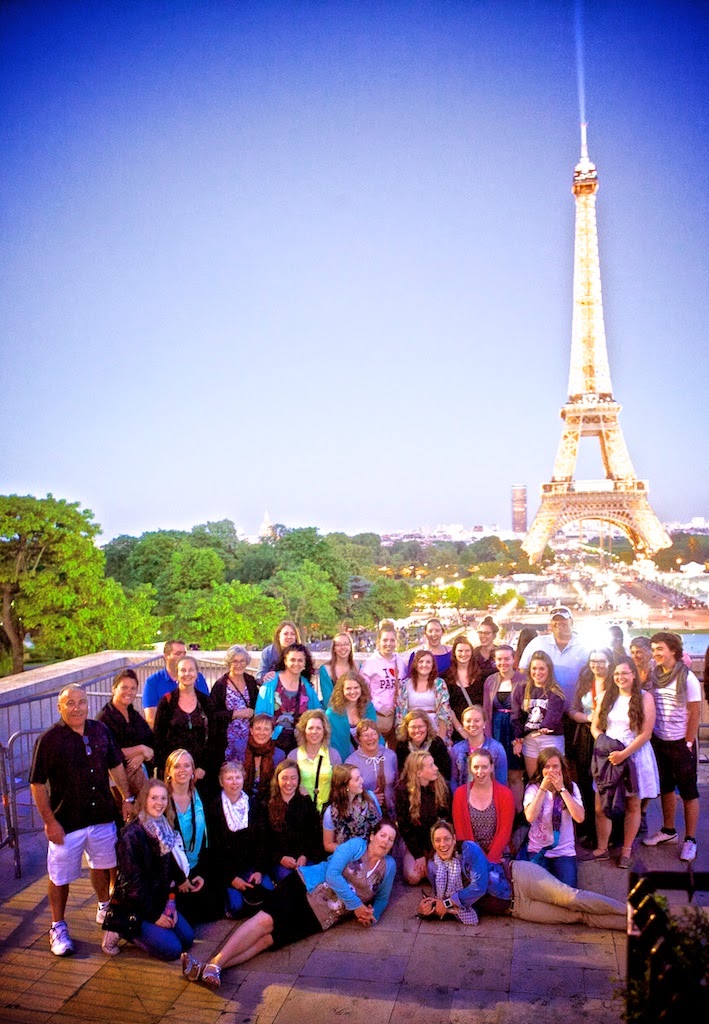